Quite an eventful day for Alex Yee in his first ever British University Champs as he stuck to his plan and won fairly decisively on a very wet and muddy course.

On a wet day with constant drizzle he set off comfortably and he was soon right in the mix as a group of six athletes got away from another group of six chasers. Despite the fast pace he felt pretty good as the first of two laps were completed then he completed the first 600 m of the second lap within himself but the unrelenting pace had whittled the leading group down to four with Chris Olley, a Tonbridge athlete, chasing the lead group hard.

Then at the start of the long drag with many twists and turns he made his effort and by halfway up the climb had whittled the group down to three runners. His effort was unrelenting and by the run up the old ski slope he had a 20 m lead. He continued his high tempo along the top of the course and on the long drag down the race appeared to be won. as by now his lead was almost 100 m. He then took a fall at the stream and was winded but got up quickly and continued his victory run right to the line to earn a well earnt win.

However even this achievement was all the more remarkable as he had sustained a really nasty laceration to his foot right at the start and he just dug in forgetting the pain throughout his great run. Upon finishing then pain really hit him and he had to be helped to the first aid room where his injury was assessed. He needed an overnight stay in hospital to sew up the laceration and missed the celebration party !

None the less he had the Gold medal around his neck which had been brought to him by a kind official and which he had worked so hard for. Hopefully he will be back soon showing everyone what a great talent he is ! 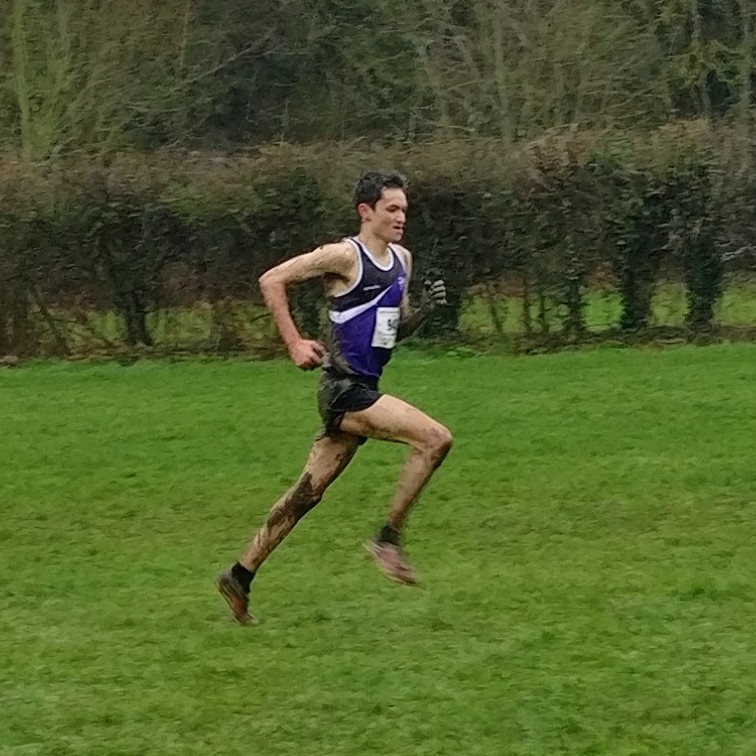