At the European Cup 10 km Championships held for the first time in GB, organised at Highgate by Ben Pochee and assisted by Ben Noad, 20 year old Alex Yee ran a superbly judged race to come home in 5th place in the A race and be the first GB athlete home.

Obviously nervous before the start he then calmed himself down before embarking on his first race representing GB Seniors. He settled in 11th place in a leading group of 18 and then steadily chalked off the laps managing to stay focused and calm. Meanwhile Alex Vernon and Chris Thompson had liased together and were setting the pace at 27 min 40 secs. Lap after lap slowly took their toll but the lead group was hanging in well on a superbly calm night with the crowd really behind the runners and Alex in particular. At 9:30 pm on a still evening the noise was incredible and the atmosphere superb – as the runners only had 3 lanes to run in as the crowd were allowed onto the track. The pace was relentlessly consistent at 67 secs per lap yet by halfway the lead group was still 14 runners with Alex in 10th place but only 10 m behind the leaders. The race slowly developed as lap after lap unwound and the noise and support for Alex grew – lead noisily by the large contingent of Kent AC supporters on the final bend of the track who were leading the proceedings.

At about 7km small gaps started to appear yet Alex was on the case and each time a small gap appeared in front he overtook the ailing runner to ensure that he was in contention. By now Alex Vernon and Chris Thompson had been passed and Alex was in 5th place. As the gaps widened Alex was really giving it a go and despite the tiredness was not slowing. Only into the last kilometre was there any indication of him slowing but his mind set was still superb and he only had to hang on to gain a superb result. He was well clear in 5th place but then Vernon and Thompson started to work together swopping places with 300 m to go. Alex did not realise until 100 m to go but then dug incredibly deep to hold them off and secure his guaranteed place in the GB team for the European Champs in August. A superb time of 27 mins 51 secs was his just reward – the second fastest time by a 20 year old ever in Europe.

The crowd were going wild at this point and invaded the finish area but I’m not sure Alex knew much about it – such had been his effort.

This race had been superbly organised by Ben Pochee in particular and now it’s in its 5th year is well established in the European calender – such was the atmosphere that European Athletes have asked him to put on the European 10000 km Champs at Highgate for the next 3 years !

At this huge festival of running with a crowd of 7000 persons – with free admission –  it is an event not to be missed as it is by far the best organised event in Europe with an atmosphere second to none !

Not to be outdone we had Chris Greenwood in one of the earlier races in this 8 hour festival of running. He ran really well and was rewarded with one of his best times, 30 mins 58 secs, despite having to battle with the heat early on in the day. 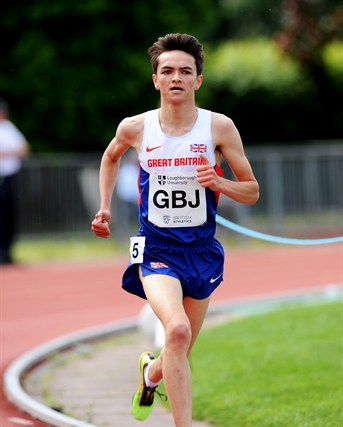 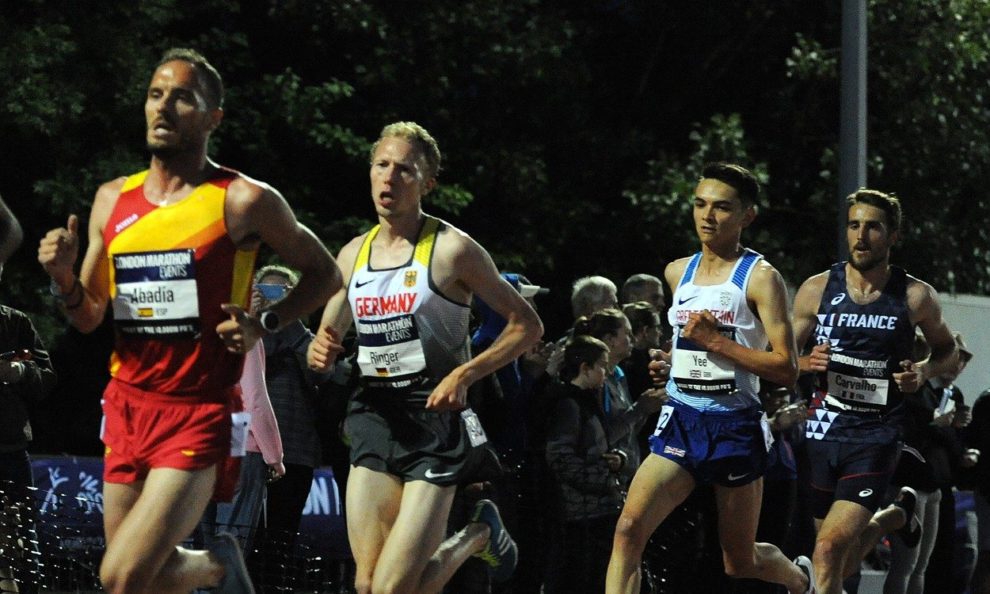 Here’s a link to the Athletics Weekly article: